Urging people to follow low-fat diets and to lower their cholesterol is having “disastrous health consequences”, a health charity has warned.

In a damning report that accuses major public health bodies of colluding with the food industry, the National Obesity Forum and the Public Health Collaboration call for a “major overhaul” of current dietary guidelines. They say the focus on low-fat diets is failing to address Britain’s obesity crisis, while snacking between meals is making people fat.

Instead, they call for a return to “whole foods” such as meat, fish and dairy, as well as high-fat, healthy foods including avocados, arguing: “Eating fat does not make you fat.”

The revelation that the advice we’ve been peddled since the 1970s – that to prevent heart disease we should all follow a diet low in saturated fat – was not based on solid scientific evidence and should never have been introduced, is hardly a surprise. A new report suggests that the original study was too simplistic and based on a “small number of unhealthy men”.

The report – which has caused a huge backlash among the scientific community – also argues that saturated fat does not cause heart disease while full-fat dairy, including milk, yoghurt and cheese, can actually protect the heart.

Processed foods labelled “low fat”, “lite”, “low cholesterol” or “proven to lower cholesterol” should be avoided at all costs, and people with type 2 diabetes should eat a fat-rich diet rather than one based on carbohydrates. 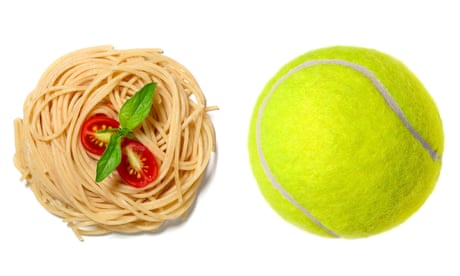 The report also said sugar should be avoided, people should stop counting calories and the idea that exercise could help you “outrun a bad diet” was a myth. Instead, a diet low in refined carbohydrates but high in healthy fats was “an effective and safe approach for preventing weight gain and aiding weight loss”, and cuts the risk of heart disease, it said.

The report added: “Eating a diet rich in full-fat dairy – such as cheese, milk and yoghurt – can actually lower the chance of obesity.

The authors of the report also argue that the science of food has also been “corrupted by commercial influences”.

Just as big tobacco companies bought the “loyalty of scientists” when a link was made between smoking and lung cancer, the influence of the food industry represents a “significant threat to public health”, they argued. They said the recent Eatwell Guide from Public Health England (PHE) was produced with a large number of people from the food and drink industry.

Prof David Haslam, chairman of the National Obesity Forum, said: “As a clinician, treating patients all day every day, I quickly realised that guidelines from on high, suggesting high-carbohydrate, low-fat diets were the universal panacea, were deeply flawed.

“Current efforts have failed – the proof being that obesity levels are higher than they have ever been, and show no chance of reducing despite the best efforts of government and scientists.”

“Sadly this unhelpful advice continues to be perpetuated. The current Eatwell Guide from Public Health England is in my view more like a metabolic timebomb than a dietary pattern conducive for good health. We must urgently change the message to the public to reverse obesity and type 2 diabetes. “Eat fat to get slim. Don’t fear fat. Fat is your friend. It’s now truly time to bring back the fat.”